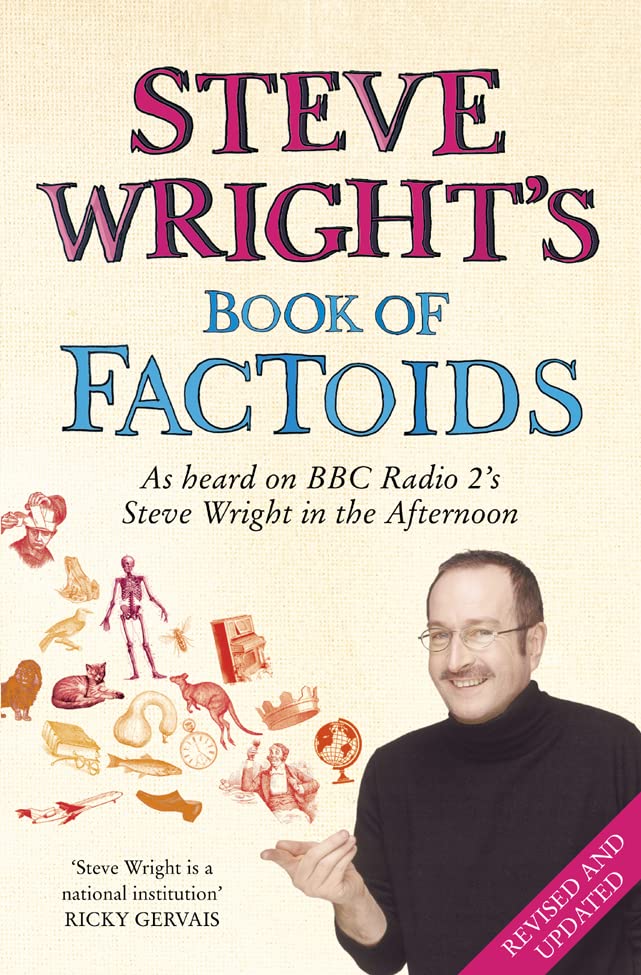 Now fully revised and updated with new content. Steve Wright selects the weirdest, most fascinating and entertaining trivia from around the world, as read out on his hit Radio 2 show, Steve Wright in the Afternoon. Also features commentary and anecdotes, plus photos and illustrations.

Now fully revised and updated with new content. Steve Wright selects the weirdest, most fascinating and entertaining trivia from around the world, as read out on his hit Radio 2 show, Steve Wright in the Afternoon. Also features commentary and anecdotes, plus photos and illustrations.

Steve Wright is one of the top names in broadcasting on Radio today. He has been a popular and enduring fixture of BBC's flagship stations for more than 20 years, presenting Radio 1's Breakfast Show before moving to Radio 2, where he now hosts Steve Wright's Sunday Love Songs - the most listened to show on radio - and Steve Wright in the Afternoon, to which almost a third of the listening public tune in. Both shows are heard around the world. Steve has also presented BBC television shows during the prestigious Saturday evening slot, and has won the Radio Personality of the Year award.

One of the most popular features of Steve Wright in the Afternoon is Factoids, a hilarious, fascinating and informative insight into the world of strange and bizarre trivia from around the globe. No subject is off-limits and even the most boring of categories will provide an amazing fact.

Steve Wright's Book of Factoids will bring together the very best of these in one book, plus Steve will provide explanations, commentary and anecdotes to fully support and enhance this entertaining collection of hundreds of fun facts. The book will also be illustrated with a variety of humorous photos and drawings, adding another dimension of reading pleasure to set this book apart from the competition. An ideal book for all those seeking knowledge - of the weird kind - and a perfect gift book for Christmas.

This paperback edition has been revised and updated and also includes a special section on the World Cup.

Born in Greenwich in 1954, Steve Wright held a number of jobs before joining Radio Luxembourg in the 1970s. He famously moved to Radio 1's daytime slot with his Steve Wright in the Afternoon show and revolutionised radio by introducing the "zoo" format to the UK. Steve joined Radio 2 in 1996 to present two shows - Sunday Love Songs, and his Afternoon show, which are now two of the most widely listened to shows on radio. Steve also writes and presents Top of the Pops 2 on BBC 2.

GOR000382532
Steve Wright's Book of Factoids by Steve Wright
Steve Wright
Used - Very Good
Paperback
HarperCollins Publishers
2006-09-04
176
0007240295
9780007240296
N/A
Book picture is for illustrative purposes only, actual binding, cover or edition may vary.
This is a used book - there is no escaping the fact it has been read by someone else and it will show signs of wear and previous use. Overall we expect it to be in very good condition, but if you are not entirely satisfied please get in touch with us.