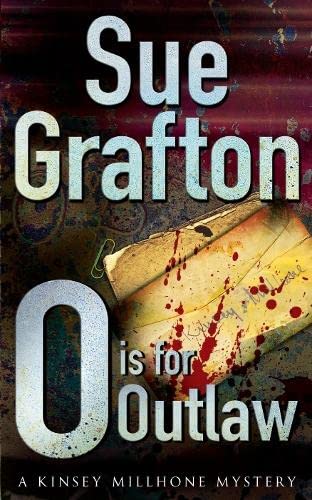 O is for Outlaw
by Sue Grafton

In Stock
£4.99
'Sardonic, zestful and humane, with Millhone shaping up with each successive book as one of the major movers in comtemporary crime fiction' Literary Review
Very Good
Only 1 left

O is for Outlaw Summary

O is for Outlaw by Sue Grafton

'First there was a phone call from a stranger, then a letter showed up fourteen years after it was sent. That's how I learned I'd made a serious error in judgement and ended up risking my life . . .'

The call comes on a Monday morning from a guy who scavenges defaulted storage units at auction. Last weekend he bought a stack. They had stuff in them - Kinsey stuff. For thirty bucks, he'll sell her the lot. Kinsey's never been one for personal possessions, but curiousity wins out and she hands over a twenty (she may be curious but she loves a bargain). What she finds amid childhood memorabilia is an old undelivered letter.

It will force her to re-examine her beliefs about the break-up of her first marriage, about the honour of her first husband, about an old unsolved murder. And it will put her life in the gravest peril.

'Grafton's fans will be thrilled with this knockout Kinsey Millhone mystery . . . One of the very best entries in a long-lived and much-loved series' Publishers Weekly

GOR000825941
O is for Outlaw by Sue Grafton
Sue Grafton
Used - Very Good
Paperback
Pan Macmillan
2000-04-29
416
0330371959
9780330371957
N/A
Book picture is for illustrative purposes only, actual binding, cover or edition may vary.
This is a used book - there is no escaping the fact it has been read by someone else and it will show signs of wear and previous use. Overall we expect it to be in very good condition, but if you are not entirely satisfied please get in touch with us.