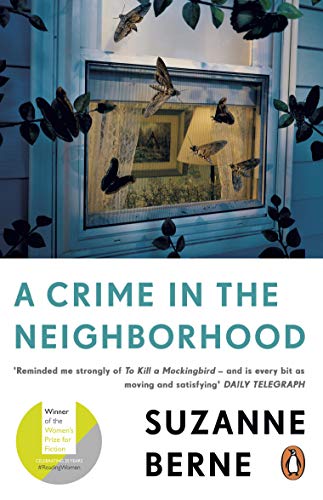 A Crime in the Neighborhood
by Suzanne Berne

In Stock
£7.49
10-year-old Marsha is in turmoil following the collapse of her parents' marriage, and the brutal murder of a local boy. When the shy bachelor from next door begins to take an interest in Marsha's mother, Marsha is drawn into a cruel spiral of events that quickly spins out of control.
Very Good
12 in stock

A Crime in the Neighborhood Summary

A Crime in the Neighborhood by Suzanne Berne

In the long hot summer of 1972, three events shattered the serenity of ten year old Marsha's life: her father ran away with her mother's sister Ada; Boyd Ellison, a young boy, was molested and murdered; and Watergate made the headlines.

Living in a world no longer safe or familiar, Marsha turns increasingly to 'the book of evidence' in which she records the doings of the neighbors, especially of shy Mr Green next door. But as Marsha's confusion and her murder hunt accelerate, her 'facts' spread the damage cruelly and catastrophically throughout the neighborhood.

A Crime in the Neighborhood Reviews

"A remarkable first novel...that captures the history of child-parent relations for the last quarter of a century."--The New York Times Book Review "Like Alice McDermott's That Night and in the tradition of Harper Lee's To Kill A Mockingbird, Suzanne Berne has crafted a child's disillusionment that mirrors a greater disaffection."--Newsday

Suzanne Berne's first novel, A Crime in the Neighbourhood, won the 1999 Orange Prize. She is also the author of A Perfect Arrangement, The Ghost at the Table, Missing Lucile and The Dogs of Littlefield. Suzanne Berne lives with her husband and two daughters near Boston.

GOR000510949
A Crime in the Neighborhood by Suzanne Berne
Suzanne Berne
Used - Very Good
Paperback
Penguin Books Ltd
1999-05-06
256
0140273328
9780140273328
Winner of Orange Prize for Fiction 1999
Book picture is for illustrative purposes only, actual binding, cover or edition may vary.
This is a used book - there is no escaping the fact it has been read by someone else and it will show signs of wear and previous use. Overall we expect it to be in very good condition, but if you are not entirely satisfied please get in touch with us.