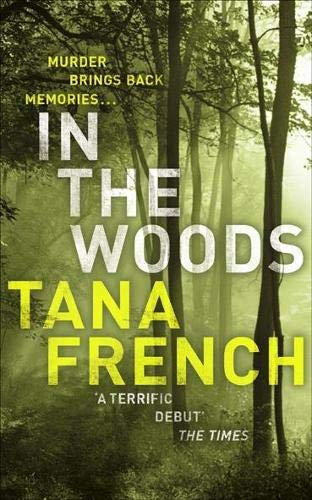 In The Woods
by Tana French

A stunningly accomplished psychological mystery which will take you on a thrilling journey through a tangled web of evil and beyond - to the inexplicable.

In The Woods Summary

In The Woods by Tana French

When he was twelve years old, Adam Ryan went playing in the woods one day with his two best friends. He never saw them again. Their bodies were never found, and Adam himself was discovered with his back pressed against an oak tree and his shoes filled with blood. He had no memory of what had happened.

Twenty years on, Rob Ryan - the child who came back - is a detective in the Dublin police force. He's changed his name. No one knows about his past. Then a little girl's body is found at the site of the old tragedy and Rob is drawn back into the mystery. Knowing that he would be thrown off the case if his past were revealed, Rob takes a fateful decision to keep quiet but hope that he might also solve the twenty-year-old mystery of the woods.

In The Woods Reviews

'This is a wonderfully assured and beautifully written debut novel, a multilayered psychological thriller that digs beneath the surface of ordinary lives and delivers excitement and insight in large helpings.' * Irish Independent *
A masterpiece * Evening Herald *
Tana French's IN THE WOODS is a terrific debut . . . French's psychological insights into the damaged policeman's torment combine grippingly with the clammy atmosphere that surrounds the lethal woods. As an example of a novel in which the past returns to haunt the present, this scores very high marks. * Marcel Berlins, The Times *
Lyrical and haunting * Scotland on Sunday *
A real show-stopper of a thriller . . . Author tightens the tension slowly until squealing point; Ryan's increasingly taut relationship with Maddox is woven cunningly around the crime plot. A splendid, page-turning debut. * She *
A compellingly complex case with nuanced characters and a richly detailed sense of place * Kirkus Reviews *
French expertly walks the line between police procedurial and psychological thriller in her debut.' * Publishers Weekly *
A brilliant first novel . . . the reader's attention is slackened and tightened with a masterly hand. * Literary Review *
Beneath the lyrical descriptions of hot summers and happy childhood memories in small town Ireland lies an unsettling psychological thriller... A compelling page-turner of sinuous twists and turns. * Choice Magazine *
The most breathtakingly brilliant and close-to-perfect thriller I've read for a long time. I stayed up until three in the morning two nights running unable to put it down. * Sophie Hannah *
A must-read is Irish writer Tana French's IN THE WOODS, a literary, dark and absolutely compelling book set in Dublin where all manner of secrets are unearthed. * Reviewing the evidence *
This astonishing first novel weaves a web of intrigue to confound even the most astute: and its denouement, swift, shocking and sublimely executed, will remain with the reader long after the final page has been turned. * Margaret Carragher Sunday Independent Dublin *

Tana French grew up in Ireland, Italy, the US and Malawi, and has lived in Dublin since 1990. She trained as an actress at Trinity College, Dublin, and has worked in theatre, film and voiceover. IN THE WOODS is her first novel.

GOR003608007
In The Woods by Tana French
Tana French
Used - Very Good
Paperback
Unknown
0
0340937963
9780340937969
N/A
Book picture is for illustrative purposes only, actual binding, cover or edition may vary.
This is a used book - there is no escaping the fact it has been read by someone else and it will show signs of wear and previous use. Overall we expect it to be in very good condition, but if you are not entirely satisfied please get in touch with us.