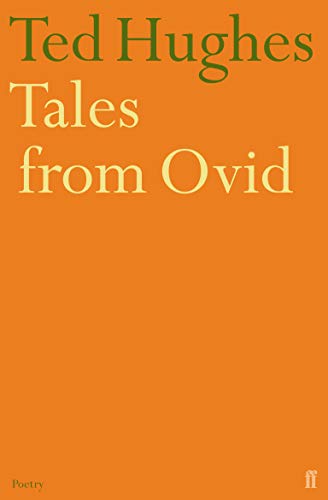 Tales from Ovid
by Ted Hughes

Out of Stock
When Michael Hofmann and James Lasdun's ground-breaking anthology After Ovid (also Faber) was published in 1995, Hughes's three contributions to the collective effort were nominated by most critics as outstanding.
Very Good
Only 0 left

Tales from Ovid by Ted Hughes

When Michael Hofmann and James Lasdun's ground-breaking anthology After Ovid (also Faber) was published in 1995, Hughes's three contributions to the collective effort were nominated by most critics as outstanding. He had shown that rare translator's gift for providing not just an accurate account of the original, but one so thoroughly imbued with his own qualities that it was as if Latin and English poet were somehow the same person. Tales from Ovid, which went on to win the Whitbread Prize for Poetry, continued the project of recreation with 24 passages, including the stories of Phaeton, Actaeon, Echo and Narcissus, Procne, Midas and Pyramus and Thisbe. In them, Hughes's supreme narrative and poetic skills combine to produce a book that stands, alongside his Crow and Gaudete, as an inspired addition to the myth-making of our time.

Ted Hughes (1930-1998) was born in Yorkshire. His first book, The Hawk in the Rain, was published in 1957 by Faber & Faber and was followed by many volumes of poetry and prose for adults and children. He received the Whitbread Book of the Year for two consecutive years for his last published collections of poetry, Tales from Ovid and Birthday Letters. He was Poet Laureate from 1984, and in 1998 he was appointed to the Order of Merit.