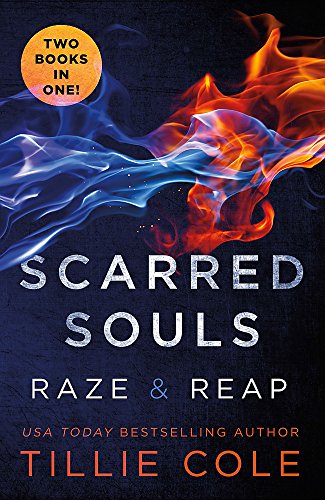 Conditioned in captivity to maim and slaughter, Prisoner 818 becomes an unstoppable fighter in the ring. Violence is all he knows. After years of incarceration in an underground hell, only one thought occupies his mind: revenge on the man who wronged him.

Kisa Volkova is the only daughter of Kirill 'The Silencer' Volkov, head of the infamous 'Red' bosses of New York's Russian Bratva. Her father's savage treatment of his rivals and his lucrative underground gambling ring The Dungeon ensures too many enemies lurk at their door, and she dreams of a life away from her virtual prison.

One evening, Kisa stumbles upon a tattooed, scarred, but stunningly beautiful homeless man on the streets. Something about him stirs feelings deep within her; familiar yet impossibly forbidden desires. A mysterious, silent man, Kisa becomes obsessed with him, yearns for him, craves his touch . . . this man they call Raze.

Raised as a prototype for the Georgian Bratva's obedience drug, 221 fails to think, act or live for himself - his master's perfectly-crafted killing puppet. Standing at six foot six, weighing two-hundred and fifty pounds, and unrivalled in to-the-death combat, 221 successfully secures business for the Georgian mafiya boss of NYC, in the dark criminal underground. Until his enemies capture him.

Talia Tolstaia longs to break free from the heavy clutches of Bratva life and away from the stifling leash of her Russian Bratva Boss father, and from the brutality of her work at The Dungeon. But when she meets her family's captive who is more monster than man, she starts to see the man underneath. A powerful, damaged man whose heart calls to hers . . .

Tillie Cole is a Northern girl through and through, originating from Teeside in the North East of England. She was brought up surrounded by her mother, her crazy Scottish father, a savagely sarcastic sister and a multitude of rescue animals and horses.

Being a scary blend of Scottish and English, Tillie embraces both cultures; her English heritage through her love of HP sauce and freshly made Yorkshire Puddings, and her Scottish, which is mostly demonstrated by her frighteningly foul-mouthed episodes of pure rage and her much loved dirty jokes.

Following university in Newcastle and subsequent years teaching high school Social Studies around Europe, Tillie was inspired to write her first novel. Ever since, she has written from the heart, combining her passion for anything camp and glittery with her love of humour and dark brooding men (most often muscled and tattooed - they're her weakness!).

Tillie lives with her professional rugby player husband in Calgary, Alberta where she spends most of her days (and many a late night) lost in a writing euphoria or in her dream of pursuing a dazzling career as a barrel-racing, tasselled-chap, Stetson-wearing cowgirl . . . Ye-haw!

GOR007460321
9780349411491
0349411492
Scarred Souls by Tillie Cole
Tillie Cole
Used - Very Good
Paperback
Little, Brown Book Group
2016-03-22
496
N/A
Book picture is for illustrative purposes only, actual binding, cover or edition may vary.
This is a used book - there is no escaping the fact it has been read by someone else and it will show signs of wear and previous use. Overall we expect it to be in very good condition, but if you are not entirely satisfied please get in touch with us
Trustpilot