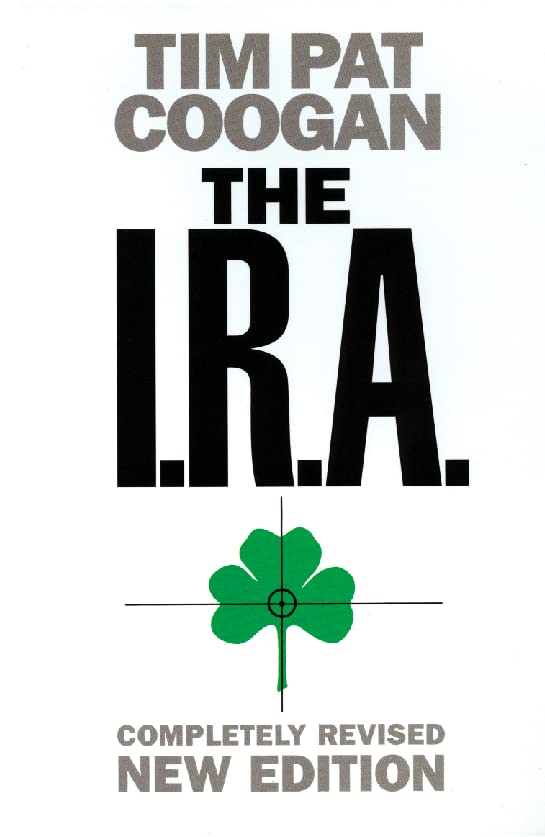 The I.R.A.
by Tim Pat Coogan

An updated edition of this unique, bestselling history of the IRA, now including behind-the-scenes information on the recent advances made in the peace process.

The I.R.A. by Tim Pat Coogan

An updated edition of this unique, bestselling history of the IRA, now including behind-the-scenes information on the recent advances made in the peace process.

Tim Pat Coogan's classic The IRA provides the only fair-minded, comprehensive history of the organization that has transformed the Irish nationalist movement this century. With clarity and detachment, Coogan examines the IRA's origins, its foreign links, the bombing campaigns, hunger strikes and sectarian violence, and now their role in the latest attempt to bring peace to Northern Ireland.

Meticulously researched, and backed up by interviews with past and present members of the organization, Tim Pat Coogan's book is an authoritative and compelling account of modern Irish history from the point of view of one of its most controversial major participants.

`No student of Irish history can afford to ignore this book. No scholar is likely to improve upon it... A fascinating book, of the greatest possible value to us all'
TLS

Tim Pat Coogan, Ireland's most prominent journalist, is also well known as a historian, broadcaster and writer. He has written for a number of Irish, European and American publications, including the Sunday Times and the New York Times. He is the author of bestselling biographies of Michael Collins and De Valera.

GOR001169136
The I.R.A. by Tim Pat Coogan
Tim Pat Coogan
Used - Very Good
Paperback
HarperCollins Publishers
2000-07-17
832
0006531555
9780006531555
N/A
Book picture is for illustrative purposes only, actual binding, cover or edition may vary.
This is a used book - there is no escaping the fact it has been read by someone else and it will show signs of wear and previous use. Overall we expect it to be in very good condition, but if you are not entirely satisfied please get in touch with us.