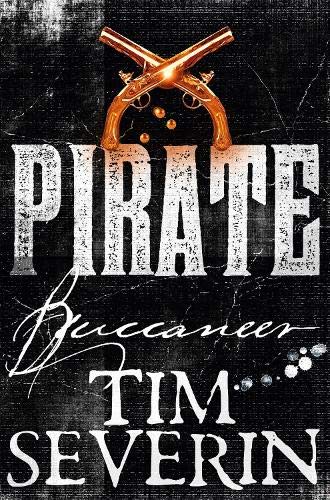 Sailing across the Caribbean, Hector Lynch falls into the hands of the notorious buccaneer, Captain John Coxon, who mistakes him for the nephew of Sir Thomas Lynch, Governor of Jamaica. Hector encourages the error so that his friends Jacques and Dan can go free.

Coxon then delivers Hector to Sir Henry Morgan, a bitter enemy of Governor Lynch, expecting to curry favour with Morgan, but is publicly humiliated when the deception is revealed. From then on, Hector has a dangerous enemy, and Coxon seeks to revenge himself on Hector . . .

Befriended by Jezreel, an ex-prize fighter, Hector meets up again with his friends Jacques and Dan, and the four comrades join the great buccaneer raid, which marches through the jungle along the Panama coastline. But their expedition is soon interrupted - with deadly consequences.

Tim Severin, explorer, filmmaker, and lecturer has retraced the storied journeys of Saint Brendan the Navigator, Sindbad the Sailor, Jason and the Argonauts, Ulysses, Genghis Khan and Robinson Crusoe. His books about these expeditions are classics of exploration and travel. He made his historical fiction debut with the hugely successful Viking series, followed by the Pirate and Saxon series.

GOR010725540
Buccaneer by Tim Severin
Tim Severin
Pirate
Used - Like New
Paperback
Pan Macmillan
2015-03-12
368
1447277457
9781447277453
N/A
Book picture is for illustrative purposes only, actual binding, cover or edition may vary.
The book has been read, but looks new. The book cover has no visible wear, and the dust jacket is included if applicable. No missing or damaged pages, no tears, possible very minimal creasing, no underlining or highlighting of text, and no writing in the margins.