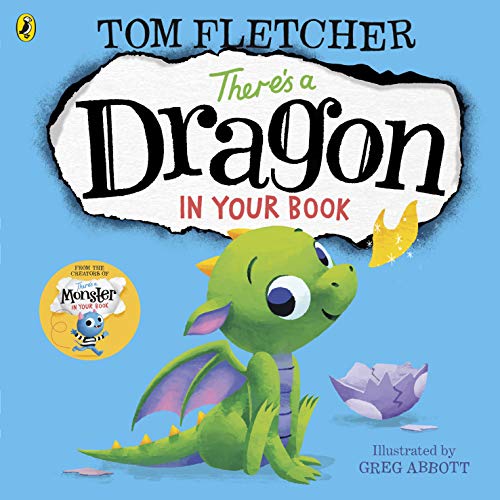 There's a Dragon in Your Book
by Tom Fletcher

There's a Dragon in Your Book Summary

There's a Dragon in Your Book by Tom Fletcher

As read by Michelle Obama!

OH LOOK, there's an EGG in your book!

But this isn't any old egg - there's a dragon in it! And pretty soon she's set your book ON FIRE. OH NO!

Can you use your imagination (and your tickling skills) to help the little dragon fly off on her own adventure out of your book?

Tom Fletcher and Greg Abbott have created a fantastically interactive sequel to their bestselling There's a Monster in Your Book.

Children will love stroking, poking and flapping the book to make magic happen as they turn the pages. And, with its calming end, it's the perfect book to read before bedtime.

Customer Reviews - There's a Dragon in Your Book

Tom Fletcher is one of the UK's bestselling authors for children. He is the creator of The Christmasaurus, which was the biggest debut middle-grade novel of 2016. He is also one half of the duo behind the Dinosaur That Pooped picture book series, which has sold over a million copies. His newest picture book is There's A Monster in Your Book. Tom's books are translated into nineteen languages around the world (and counting).