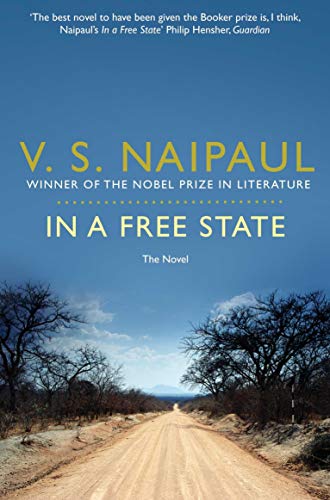 In a Free State
by V. S. Naipaul

In Stock
£2.99
This is one of V. S. Naipaul's greatest novels, hard but full of pity. It won the Booker Prize, in its original edition, in 1971.
Very Good Good
Only 2 left

In a Free State Summary

In a Free State by V. S. Naipaul

The central novel from V.S. Naipaul's Booker Prize-winning narrative of displacement, published for the first time in a stand-alone edition.

`In a Free State was conceived in 1969 as a sequence about displacement. There was to be a central novel, set in Africa, with shorter surrounding matter from other places. The shorter pieces from these varied places were intended to throw a universal light on the African material. But then, as the years passed and the world changed, and I felt myself less of an oddity as a writer, I grew to feel that the central novel was muffled and diminished by the surrounding material and I began to think that the novel should be published on its own. This is what, many years after its first publication, my publisher is doing in this edition.' - V. S. Naipaul.

In a Free State is set in Africa, in a place like Uganda or Rwanda, and its two main characters are English. They had once found liberation in Africa. But now Africa is going sour on them. The land is no longer safe, and at a time of tribal conflict they have to make a long drive to the safety of their compound. At the end of this drive - the narrative tight, wonderfully constructed, the formal and precise language always instilled with violence and rage - we know everything about the English characters, the African country, and the Idi Amin-like future awaiting it.

In a Free State Reviews

"V. S. Naipaul tells stories which show us ourselves and the reality we live in. His use of language is as precise as it is beautiful." -- "The London Times"
"A Tolstoyan spirit....The so-called Third World has produced no more brilliant literary artist." --John Updike, "The New Yorker
" "The coolest literary eye and the most lucid prose we have." "--The New York"

V.S. Naipaul was born in Trinidad in 1932. He came to England on a scholarship in 1950. He spent four years at University College, Oxford, and began to write, in London, in 1954. He pursued no other profession.

In 1990, V.S. Naipaul received a knighthood for services to literature; in 1993, he was the first recipient of the David Cohen British Literature Prize. He received the Nobel Prize in Literature in 2001. He lived with his wife Nadira and cat Augustus in Wiltshire, and died in 2018.

GOR004732465
In a Free State by V. S. Naipaul
V. S. Naipaul
Used - Very Good
Paperback
Pan Macmillan
2011-08-19
192
0330522906
9780330522908
Short-listed for Golden Man Booker Prize 2018 (UK)
Book picture is for illustrative purposes only, actual binding, cover or edition may vary.
This is a used book - there is no escaping the fact it has been read by someone else and it will show signs of wear and previous use. Overall we expect it to be in very good condition, but if you are not entirely satisfied please get in touch with us.