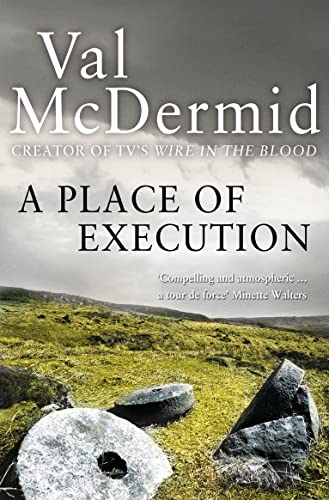 Now a journalist, she persuades DI George Bennett to speak of the hunt for Alison, the tantalizing leads and harrowing dead ends. But when a fresh lead emerges, Bennett tries to stop the story - plunging Catherine into a world of buried secrets and revelations.
Decades later he finally tells his story to journalist Catherine Heathcote, but just when the book is poised for publication, Bennett unaccountably tries to pull the plug. He has new information which he refuses to divulge, new information that threatens the very foundations of his existence. Catherine is forced to reinvestigate the past, with results that turn the world upside down.

A Greek tragedy in modern England, A Place of Execution is a taut psychological suspense thriller that uniquely explores, exposes and explodes the border between reality and illusion in a multi-layered narrative that turns expectations on their head and reminds us that what we know is what we do not know. A monstrous tale of deception, the technique of the telling is the greatest deception of all.

Customer Reviews - A Place of Execution

GOR001994383
A Place of Execution by Val McDermid
Val McDermid
Used - Very Good
Paperback
HarperCollins Publishers
2010-03-04
624
000734466X
9780007344666
N/A
Book picture is for illustrative purposes only, actual binding, cover or edition may vary.
This is a used book - there is no escaping the fact it has been read by someone else and it will show signs of wear and previous use. Overall we expect it to be in very good condition, but if you are not entirely satisfied please get in touch with us.