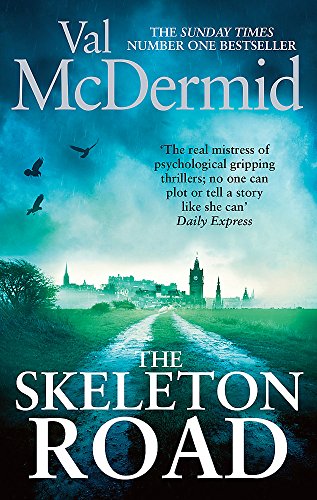 The Skeleton Road
by Val McDermid

The Skeleton Road by Val McDermid

The third book in the Karen Pirie series, from No. 1 bestselling author Val McDermid.

When a skeleton is discovered hidden at the top of a crumbling, gothic building in Edinburgh, Detective Chief Inspector Karen Pirie is faced with the unenviable task of identifying the bones. As Karen's investigation gathers momentum, she is drawn deeper into a dark world of intrigue and betrayal.

Meanwhile, someone is taking the law into their own hands in the name of justice and revenge -- but when present resentment collides with secrets of the past, the truth is more shocking than anyone could have imagined . . .

From number one bestseller, Val McDermid comes an atmospheric, spine-chilling tour de force -- her richest and most accomplished psychological thriller to date.

Val McDermid, what a diva of crime! ... an acute and credible psychological thriller - Sunday Examiner on The Vanishing PointAs ever, McDermid's gift for taking ordinary, everyday events and giving them a sinister twist, plus her keen observations of human nature, make for a truly gripping tale - Sunderland Echo on Cross and Burn

GOR006538001
The Skeleton Road by Val McDermid
Val McDermid
Used - Very Good
Paperback
Little, Brown Book Group
2015-03-26
464
0751551287
9780751551280
Winner of Dead Good Reader Awards Reichenbach Falls Award for Most Epic Ending 2015
Book picture is for illustrative purposes only, actual binding, cover or edition may vary.
This is a used book - there is no escaping the fact it has been read by someone else and it will show signs of wear and previous use. Overall we expect it to be in very good condition, but if you are not entirely satisfied please get in touch with us.