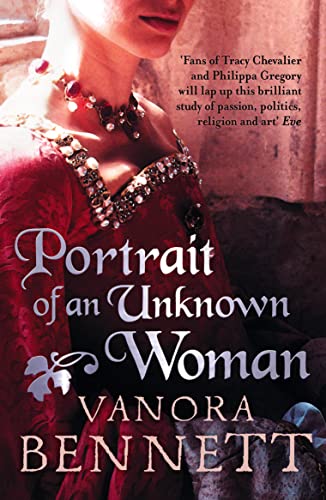 Portrait of an Unknown Woman
by Vanora Bennett

Perfect for fans of `Girl with a Pearl Earring', this is a remarkable love story with a background of religious and political turmoil in Tudor England.

Portrait of an Unknown Woman Summary

Portrait of an Unknown Woman by Vanora Bennett

Perfect for fans of `Girl with a Pearl Earring', this is a remarkable love story with a background of religious and political turmoil in Tudor England.

The year is 1527. Hans Holbein makes his first visit to England, sent by the great Erasmus to paint Thomas More, courtier, scholar, patron, and his family. More's splendid house on the river in Chelsea is at the centre of Tudor society, frequented by distinguished astronomers, artists, politicians and men of religion, as well as wards of court, proteges and many others.

Two visitors to the great house find themselves irresistibly drawn to Meg Giggs, one of More's foster daughters. John Clement - dark, tall, elegant - studying to be a doctor, is a man of compelling presence and mysterious background. The other man is Holbein himself - warm, ebullient, radical and a painter of great renown. Meg finds herself powerfully drawn to these two wildly contrasting men. She will love one, and marry the other.

A wonderful, rich novel, presenting the atmosphere of this Tudor household as rarely achieved, with an astounding ability to present to us the world of Holbein's paintings as well as a gallery of vividly realised characters.

Portrait of an Unknown Woman Reviews

`There is much to admire in this curate's egg of a novel.' Sunday Telegraph

`If you want a classier-than-average romantic read, one contender is this fine historiccal debut, a `Girl with a Pearl Earring'-style tale.'
Sunday Times

'An atmospheric, passionate novel set against a backdrop of religious and political upheaval.' Woman and Home

Vanora Bennett is a journalist and writer. She lived and worked in Russia for 7 years, writing for Reuters and the LA Times. She has been a foreign correspondent and feature writer and contributed to publications including The Times, the LA Times, the Guardian, the Observer and the Evening Standard. She lives in London with her husband and two sons. She has written two previous novels: Portrait of an Unknown Woman and Queen of Silks. Her latest novel, Blood Royal comes out in May 2009.

GOR000936172
Portrait of an Unknown Woman by Vanora Bennett
Vanora Bennett
Used - Very Good
Paperback
HarperCollins Publishers
2007-10-12
400
0007224931
9780007224937
N/A
Book picture is for illustrative purposes only, actual binding, cover or edition may vary.
This is a used book - there is no escaping the fact it has been read by someone else and it will show signs of wear and previous use. Overall we expect it to be in very good condition, but if you are not entirely satisfied please get in touch with us.