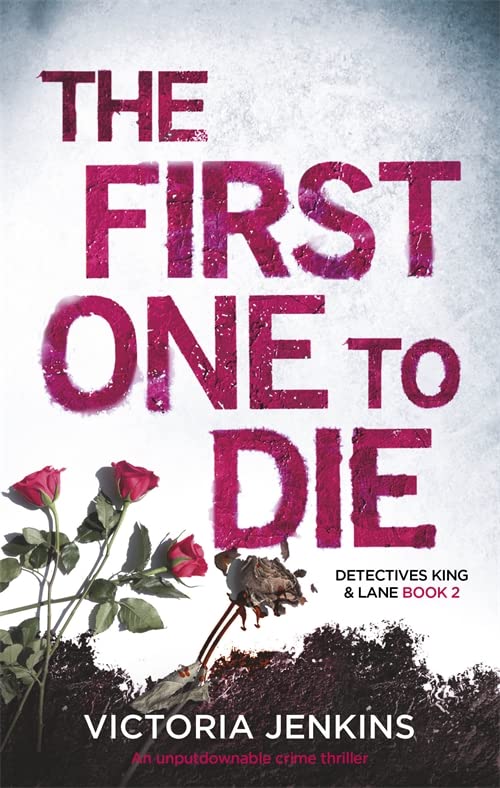 The First One to Die by Victoria Jenkins

She tried to break her fall, twisting desperately, but there was nothing to catch hold of, nothing with which she could stop herself. Her single scream cut through the night air.

The First One to Die by Victoria Jenkins

One hot summer night, a young woman falls from a rooftop to her death. Detective Alex King is called to the quiet terraced street.

The victim, Keira North, was twenty, happy and carefree. It seems like an accident, but there's broken glass on the carpet, and witnesses overheard an argument. Could someone have wanted her dead?

Keira's friends don't seem as helpful as Alex would expect and the post-mortem reveals that Keira was hiding a secret: she was five months pregnant. Alex's team soon finds that all of Keira's closest friends have secrets that someone might kill to keep.

As Alex realises Keira might be just the first victim on a list, her leads take her a bit too close to home. With her own demons to fight, can Alex catch the killer, before someone else dies?

The First One to Die is a heart-stopping and shocking detective thriller that will have you gripped until the very last page. Perfect for fans of Patricia Gibney, Angela Marsons, and Val McDermid.

Victoria Jenkins lives with her husband and daughter in South Wales, where her series of crime novels featuring Detectives King and Lane is based. Her debut novel The Girls in the Water is an Amazon UK top 30 bestseller, and top 5 bestseller in the Amazon US chart.
GOR009652066
9780349132440
0349132445
The First One to Die by Victoria Jenkins
Victoria Jenkins
King and Lane
Used - Very Good
Paperback
Little, Brown Book Group
2018-10-04
336
N/A
Book picture is for illustrative purposes only, actual binding, cover or edition may vary.
This is a used book - there is no escaping the fact it has been read by someone else and it will show signs of wear and previous use. Overall we expect it to be in very good condition, but if you are not entirely satisfied please get in touch with us
Trustpilot