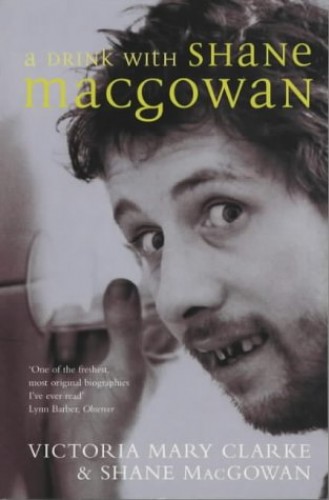 A Drink with Shane MacGowan
by Victoria Mary Clarke

A Drink with Shane MacGowan Summary

A Drink with Shane MacGowan by Victoria Mary Clarke

This bibulous, drug-indulgent and anarchic rock legend was born on a small farm in Tipperary, won a scholarship to Westminster, was rapidly expelled, became a rent boy, then a central figure of punk and the hugely influential star of The Pogues. MacGowan's music, innovative and powerful, is as distinctive as his chaotic, breakdown-scarred, drug and alcohol-fuelled lifestyle. MacGowan has an enormous fan-base hungry for stories of his wild behaviour, but this is also a book that celebrates this unique and charming musician, and offers insight into his remarkable perspective on this world - and the next!

'One of the freshest, most original biographies I've ever read . . . Buy the book, it's great.' Lynn Barber, The Observer

A Drink with Shane MacGowan Reviews

'One of the freshest, most original biographies I've ever read... Buy the book, it's great.' Lynn Barber, The Observer 'All human life is here.' Q Magazine

Shane MacGowan and Victoria Mary Clarke have been together more-on-than-off since 1987, their relationship consummated in a shambolic King's Cross flat to the strains of John Coltrane after drinking several bottles of retsina and discovering a shared love of C17th Irish poetry. A journalist and writer, Victoria features in Nick Broomfield's seminal Kurt Cobain film, when she was working on a controversial biography of Courtney Love. Shane now divides his time between Ireland and north London, and continues to write and perform solo, in collaboration with other artists and with the Popes.

GOR001035718
A Drink with Shane MacGowan by Victoria Mary Clarke
Victoria Mary Clarke
Used - Very Good
Paperback
Pan Macmillan
2002-03-08
384
0330490087
9780330490085
N/A
Book picture is for illustrative purposes only, actual binding, cover or edition may vary.
This is a used book - there is no escaping the fact it has been read by someone else and it will show signs of wear and previous use. Overall we expect it to be in very good condition, but if you are not entirely satisfied please get in touch with us.