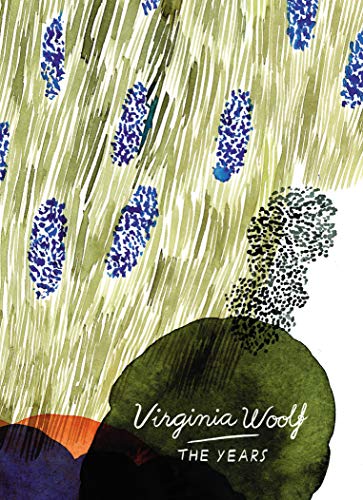 WITH AN INTRODUCTION BY SUSAN HILL

The Years follows the lives of the Pargiters, a large middle-class London family, from an uncertain spring in 1880 to a party on a summer evening in the 1930s.

WITH AN INTRODUCTION BY SUSAN HILL

The Years follows the lives of the Pargiters, a large middle-class London family, from an uncertain spring in 1880 to a party on a summer evening in the 1930s. We see them each endure and remember heart-break, loss, radical change and stifling conformity, marriage and regret. Written in 1937, this was the most popular of Virginia Woolf's novels during her lifetime, and is a powerful indictment of 'Victorianism' and its values.

Inspired throughout - a brilliant fantasia of all Time's problems, age and youth, change and permanence, truth and illusion * Times Literary Supplement *
Lovely through The Waves was, The Years goes far beyond and beyond it-expressing Woolf's purpose in the novel more richly than it has ever been done before * New York Times Book Review *

GOR010853783
The Years (Vintage Classics Woolf Series) by Virginia Woolf
Virginia Woolf
Vintage Classics Woolf Series
Used - Like New
Paperback
Vintage Publishing
2016-10-06
416
1784872237
9781784872236
N/A
Book picture is for illustrative purposes only, actual binding, cover or edition may vary.
The book has been read, but looks new. The book cover has no visible wear, and the dust jacket is included if applicable. No missing or damaged pages, no tears, possible very minimal creasing, no underlining or highlighting of text, and no writing in the margins.