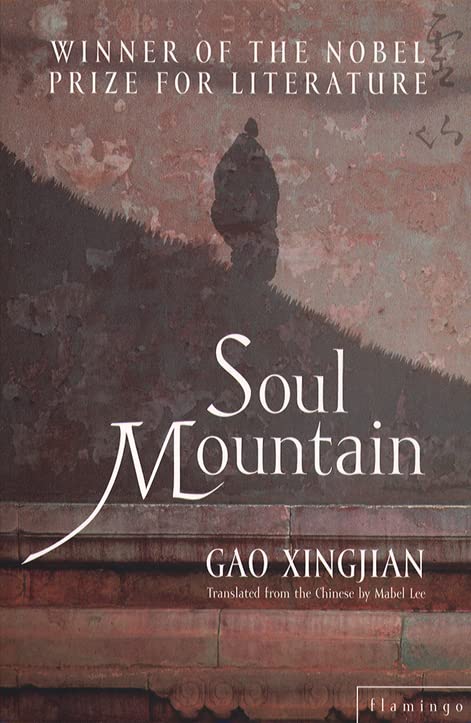 In 1982 Chinese playwright, novelist and artist Gao Xingjian was diagnosed with lung cancer, the very disease that had killed his father. For six weeks Gao inhabited a transcendental state of imminent death, treating himself to the finest foods he could afford while spending time reading in an old graveyard in the Beijing suburbs. But a secondary examination revealed there was no cancer - he had won a `reprieve from death' and had been thrown back into the world of the living.

Faced with a repressive cultural environment and the threat of a spell in a prison farm, Gao fled Beijing. He travelled first to the ancient forests of central China and from there to the east coast, passing through eight provinces and seven nature reserves, a journey of fifteen thousand kilometres over a period of five months. The result of this epic voyage of discovery is `Soul Mountain'.

Interwoven into this picaresque journey are myriad stories and countless memorable characters - from venerable Daoist masters and Buddhist monks and nuns to mythical Wild Men; deadly Qichun snakes to farting buses. Conventions are challenged, preconceptions are thwarted and the human condition, with all its foibles and triumphs, is laid bare.

`Gao's portraits of fellow wanderers, farmers and party officials are vivid and shine a light on their place and time. The language (wonderfully translated by Mabel Lee) is luminous and tactile...There's a feeling of entering and moving through a place we had seen only through mist.' Time Out

`When he writes of his experiences in the real world, Gao transcends cultural barriers. A good story will out in any language, and when Gao is good he is staggeringly so. His writing about the Cultural Revolution is remarkable.' Daily Telegraph

`A picaresque novel on an epic scale..."Soul Mountain" bristles with narratives in miniature - stories from ancient Chinese history, folk tales, childhood reminiscences, memories of the Cultural Revolution, as well as bitter arguments and passionate sex. Gao's aim is to represent "the ineffability of life", and, as far as that is possible to do, he has done it in this complex, rich and strange novel.' Independent on Sunday

Gao Xingjian (`gow shing-jen') is the first Chinese recipient of the Nobel Prize in Literature. Born in 1940 in Jiangxi province in eastern China, he earned a degree in French in Beijing, and embarked on a life of letters. Choosing exile in 1987, he settled in Paris, where he completed `Soul Mountain' two years later. In 1992 he was named a Chevalier de l'Ordre des Arts et des Lettres by the French government. He is a playwright and painter as well as a fiction writer and critic.

GOR000344660
Soul Mountain by Xingjian Gao
Xingjian Gao
Used - Very Good
Paperback
HarperCollins Publishers
2001-05-26
528
0007119232
9780007119233
N/A
Book picture is for illustrative purposes only, actual binding, cover or edition may vary.
This is a used book - there is no escaping the fact it has been read by someone else and it will show signs of wear and previous use. Overall we expect it to be in very good condition, but if you are not entirely satisfied please get in touch with us.