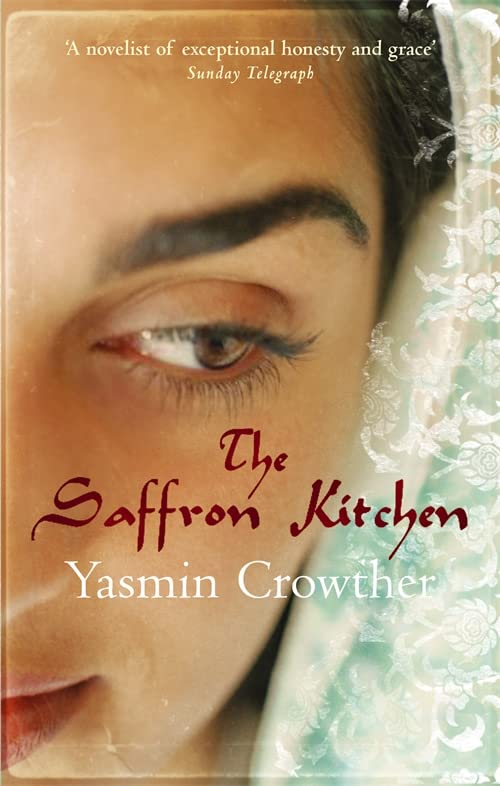 The Saffron Kitchen
by Yasmin Crowther

In Stock
£3.99
* A passionate novel about mothers and daughters, roots and exile, set among an Anglo-Iranian family
Very Good
Only 4 left

The Saffron Kitchen by Yasmin Crowther

On an autumn day in London, the dark secrets and troubled past of Maryam Mazar surface violently with tragic consequences for her pregnant daughter, Sara, and her newly orphaned nephew, Saeed. Racked with guilt, Maryam is compelled to leave the safe comfort of her suburban home and mild English husband to return to Mazareh, the remote village on Iran's north-eastern border where her story began. There she must face her past and the memories of a life she was forced to leave behind.

In her quest to piece the family back together, Sara follows her mother to Iran, to discover the roots of her unhappiness and to try to bring her home. Far from the terraced streets of London, among the snow-capped mountains and windswept plains that have haunted her mother's dreams for half a century, Sara finally learns about the terrible price Maryam once had to pay for her freedom, and about the love of the man who still waits for her.

Yasmin Crowther tells this cross-cultural drama with skill. The writing is restrained but powerful * FINANCIAL TIMES *
This debut novel is a delicate, bittersweet examination of the nature of home and homesickness, and a salient reminder of the way the past can haunt the present with subtle, heart-breaking persistence * MAIL ON SUNDAY *
Accomplished...memorable * SUNDAY TIMES *
Lyrical... As a guide to the subtle complexities of family life The Saffron Kitchen is inspired; as a study of the flipside of the cultural divide it is intelligent and probing, an impressive debut * SCOTSMAN *

Yasmin Crowther is the daughter of an Iranian mother and a British father. She was brought up in England and educated at Oxford University, and now works for SustainAbility UK.

GOR000393906
The Saffron Kitchen by Yasmin Crowther
Yasmin Crowther
Used - Very Good
Paperback
Little, Brown Book Group
2007-05-03
288
0349119554
9780349119557
N/A
Book picture is for illustrative purposes only, actual binding, cover or edition may vary.
This is a used book - there is no escaping the fact it has been read by someone else and it will show signs of wear and previous use. Overall we expect it to be in very good condition, but if you are not entirely satisfied please get in touch with us.